When I started teaching English to bilingual English-German speaking children, it was because I had noticed some interesting turns of phrase from my then 14-year-old son and 11-year-old daughter. They have been speaking German now for around four years, and are fully immersed almost any time they aren't at home, where we speak English.

My daughter and I were talking about school one day, and she said something like, "The teacher asked me how I got the answer, but I just...I just thinked...about it."

Having been a language learner myself, and having recently received my CELTA certification, these sorts of errors are fascinating to me (I should have studied linguistics!). Clearly what happened in that little language part of her brain was this:
When I laughingly said the correct word later, when we'd finished the conversation, she swore up and down that she had said "thought" the first time. So I smiled and nodded.

Parents prize bilingualism or multilingualism in their children. Maybe we see it as a sign of intelligence, or worldliness, or both. It's certainly not easily to learn a second language, even as a child, once you're older and understand the learning that's required. Eventually though even the most stubborn child, when immersed, will become fluent. My daughter is proof of that!

When children speak two languages, there is always going to be "baggage" that transfers from one language to the other. We make English-grammar errors in German; we make German-grammar errors in English, and sometimes we just plain forget words we should know, like "thought", and we have to rifle through our knowledge to try and remember the rules.

Here's a great video from The Ling Space about baggage transfer in multilingualism:

When I teach my workshops, I listen for little linguistic tics like my daughter's and keep a mental note: these are the focus points when I plan activities. Every workshop is designed around the things children say to and with me or their families.

One of the bilingual children in my current workshops was telling a fantastic story about the time her family saw a fox from their living room, and she included the words, "...and my mom made the light on..."

In German, we say, "Mach das Licht an," or, literally in English, "Make the light on."

It's a direct carry-over from her L2 to her L1 (or vice versa, since this child has one German-speaking parent and one English-speaking parent). We worked on correcting this by gently calling attention to it, talking about why it's different in German and English, and roleplaying with Theo the koala, asking Theo to turn the light on and off, and to open and close the window. ("Mach das Fenster auf"/Make the window open" is also an L2/L1 transfer error.) Every now and then we randomly recall the correct sentence and have a quick practice together. 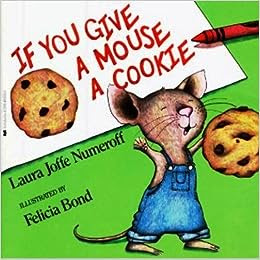 Books to promote conversation with your child 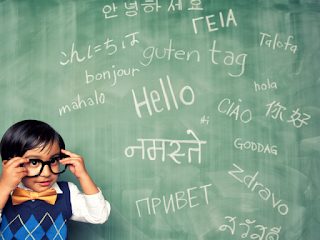 Raising children in a multilingual family